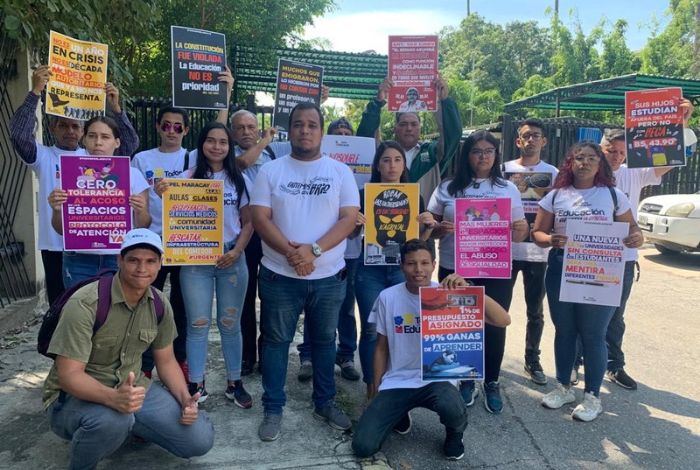 approximately thirty-eight education sector unions At the teaching, administrative, worker and university levels, they decided to strengthen their struggle through a complaint that ratifies the request to respect the collective agreements and compliance with payments and benefits.

The great Alianza de Trabajadores was present with representation from various unions in support of the education sector, with the presence of public and private companies. This activity was generated in the surroundings of the Central University of Venezuela in Maracay.

Cupertino Peña, representative of ASTA (Alianza de Trabajadores Aragua), assured that in the midst of the peaceful demonstration, an assembly was held where new actions to be followed were discussed.

He assured that broad proposals for struggle were generated with the workers, this in order to continue in the street, with new strategies, in a peaceful manner, demanding attention and solution to the problems that have been denounced for months after the creation of the Onapre Instructions.

He reported that in the coming days part of the decisions raised in this meeting will be activated, they hope to be heard, otherwise there are other strategies that will be developed.

A few days ago they took to the streets, teachers of the public sector, university and other unions in favor of the defense of the same contractual rights, These actions are part of this unitary trade union struggle, Peña said.

“You tell me that you would have liked to meet Facu”: Maru Botana dedicated an emotional message to her son on his birthday

Rating on Telefe: this is how La Peña de Morfi was measured this Sunday

Gaidai on the battles in the Luhansk region: It’s getting harder, but our military is holding back the enemy from three sides at once

Papilloma virus in humans, what are the symptoms and how to prevent infection