Ara San Juan: they set a hearing to review the dismissal of Macri 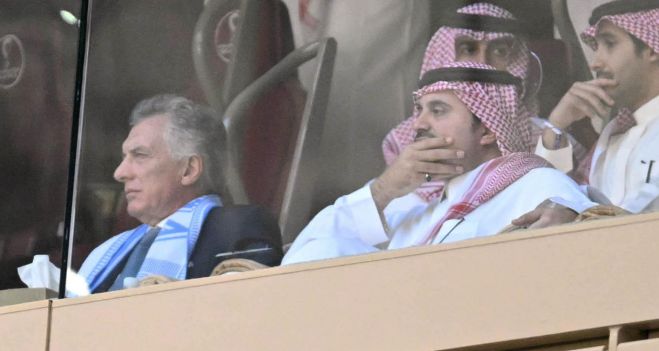 
The Federal Chamber of Criminal Cassation ordered that the hearing be held on December 21 to hear the parties who appealed the dismissal of former President Mauricio Macri in the case in which the alleged illegal espionage of the relatives of the submarine crew is being investigated. Now San Juan.

The judges of the second chamber of the Court of Cassation established that the hearing will be held virtually at 10:30 a.m., although Télam was able to learn that the complaint headed by the lawyer Valeria Carreras will insist that it be held in person like other hearings that were held out in this case.

The hearing will be headed by judges Carlos Mahiques, Guillermo Yacobucci and Ángela Ledesma who will then have to define whether they confirm the questioned ruling or revoke it and order to continue with the investigation as claimed by the complaints and the prosecutor Raúl Plée.

Last week, the prosecutor before the Federal Chamber of Criminal Cassation requested that the dismissal of former President Macri and the other defendants in the case be revoked, considering that it was a resolution “clearly premature.”

The representative of the Public Prosecutor’s Office pointed out in his opinion that “it has been shown that investigative tasks were carried out” on the relatives of the victims of the sinking of the submarine and that, on the contrary, it was not possible to prove that these tasks had been deployed to neutralize a potential risk to presidential security.

The hypothesis of “presidential security” had been used by the judges of the Buenos Aires Federal Chamber, Mariano Llorens, Pablo Bertuzzi and Leopoldo Bruglia, to revoke the prosecution against Macri when the case reached the federal courts of Comodoro Py.

Now the Federal Chamber of Criminal Cassation will be in charge of defining whether it confirms or revokes the dismissals with which Macri, the former heads of the Federal Intelligence Agency (AFI) Gustavo Arribas and Silvia Majdalani, and a group of former agents of that body were benefited. .

“There has been a violation of the rights of intimacy and privacy of a group of people who were only gathered to request the discovery of the truth in the events that had direct or close relatives as victims, without the Chamber having achieved demonstrate the existence of evidence that the interference by the intelligence agency was purely and solely due to security issues, be it from the President of the Republic or from some headquarters of a security force,” the prosecutor said in his opinion.

Massa's expectations: dollar, inflation and the risks of the adjustment in the election year

A woman took the opportunity to steal a cell phone amid blows, shots and stones

Indonesia and Cuba report their first cases of monkeypox

What love! Denise Dumas introduced the new member of her family

The language of Gjirokastra that one cannot understand