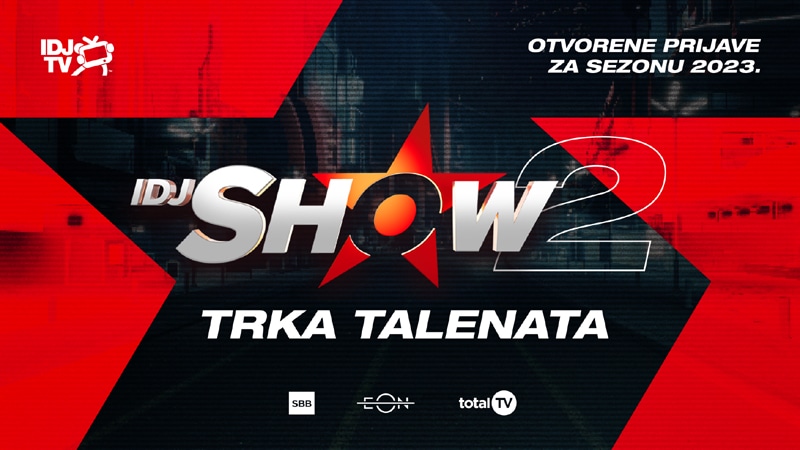 After a successful first season, IDJShow continues. Registrations for the new season of the popular regional competition are open from today.

The first season of the IDJShow competition lasted three months, during which 13 episodes were broadcast, and in just two months, more than 1500 applications were received.

The selected 12 contestants, in addition to the title of winner of the competition, also fought for the main prize – IDJCoin, whose value in the final evening reached EUR 105,452 and which the winner used as an investment in his career.

The participants of the first season of the talent show have already made a big step on the regional music scene, and IDJ is now opening the possibility for 12 new stars, who will try to surpass the success of last year’s contestants.

The first casting for the second season is open. Anyone interested can apply by sending a 30-second video clip of themselves singing or performing their Autro song to www.idjshow.com.

IDJShow presents a new, revolutionary competition format, which appeared in our area. The first music competition where you become a star during, not after, the show.

IDJ production, through this competition, offers a chance to new talented performers with the intention of refreshing the music scene. Well-known and recognized names in the music industry, with their mentorship, will guide the contestants in order to achieve the best possible placement, and in record time, master the most important lessons of “showbiz”.

The broadcast of the second season of the IDJShow competition is announced for February 2023 on IDJTV, IDJVideos YouTube channel, as well as on other regional TV channels.

“The health budget is 1.5% of GDP, it is quite low, we are behind the neighbors” ․ Anahit Avanesyan

They stole everything in the house of folklorist “Nano” Rodríguez: from instruments to tools