Apple wants to buy Manchester United, 5.8 billion dollars on the table. Meta and Amazon are also in the running 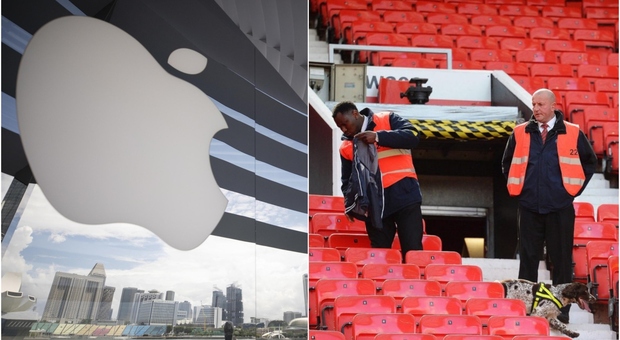 Apple want to buy the Manchester United. The sensational indiscretion was reported by the English media, in particular The Times and the more local Manchester Evening News. The Glazer family, who have owned the England squad for 17 years, have officially announced that the squad is up for sale. According to the Daily Star, Apple is in talks and Tim Cook, Apple’s CEO since August 24, 2011, would be ready to offer 5.8 billion dollars.

Where will Cristiano Ronaldo go? From the Chelsea temptation to the Roma suggestion (with Mou): the 5 hypotheses

Dollars that would make the Red Devils one of the richest teams in the world. In addition to British fans, in fact, the Red Devils have many fans in Asia, the Middle East, Africa, the United States and China. A possible purchase by Apple would be able to rekindle the passion of the fans, impatient with the current ownership and guarantee the necessary investments for the now old Old Trafford stadium.

Meta and Amazon are also in the running

Even Meta and Amazon – this is claimed by The Times – would be in the running for the purchase of the team that Alex Ferguson, in the past, has continuously led to victory. And that for some years now, however, he has been experiencing a worrying decline in terms of victories. It remains difficult to think, however, that Meta is willing to invest billions of dollars in United, given the difficulty facing its chief executive, Mark Zuckerberg, and recent cuts in its workforce.

Mastodon, Google lands on the alternative social network to Twitter The rise of the app that welcomes those disappointed by Elon Musk continues

Dorofeeva about her new novel: Our story is not simple and rather strange

ALEX HAS BEEN THROUGH EVERYTHING Miki Đuriči stalked her former roommate, then revealed why she is not good for Dejan!