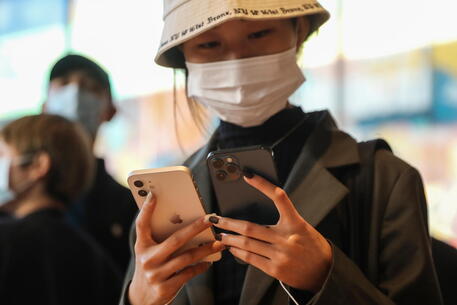 (ANSA) – MILAN, MARCH 15 – After the announcement on availability, which arrived at last week’s “Peak Performance” event, Apple has released the public versions of iOS 15.4 and iPadOS 15.4. The updates of the operating systems for iPhone and iPad bring a series of new features awaited by users, first of all the possibility of unlocking smartphones even wearing a mask. Previously, owners of an iPhone, outdoors, could access the locked phone by clicking on the paired Apple Watch while now, even in the absence of an Apple smartwatch, the authentication process becomes easier and faster, even when you have the face covered. As already explained by the company, this is made possible by an update of the recognition technology that is able to read the peculiarities of a person’s eye contours, the part of the face that in fact remains uncovered when an individual protective device is used. The main novelty for iPadOS 15.4 is instead the support for the use of the same mouse as the Mac, thanks to the extension of the so-called Universal Control, which allows you to pair the iPad with an Apple computer and continue to move the mouse towards an edge to transfer the cursor on the tablet and vice versa. Other common improvements, dictated by the persistence of the health emergency, concern the addition of the Green Pass for Covid-19 in the Wallet application also in Europe and the arrival, in the Health app, of a section dedicated to the administration of vaccines and to recoveries from SarsCoV2 infection. To download and install updates on iPhone and iPad, just click on settings, general, software update.

"Anti-heart attack vaccine", trial started on the first 3 patients at Monzino in Milan

The output volume of the industry increased by 9.2% in 2021. compared to

Strange liver disease in children with life-threatening; Fear is spreading

“We are not on the way with the Russian Zombieland.” The Office of the President reacted to the candidacy for EU membership for Ukraine

Increase in infections with COVID/ Appeal of the Minister of Health from Pogradec: Get vaccinated with the booster dose