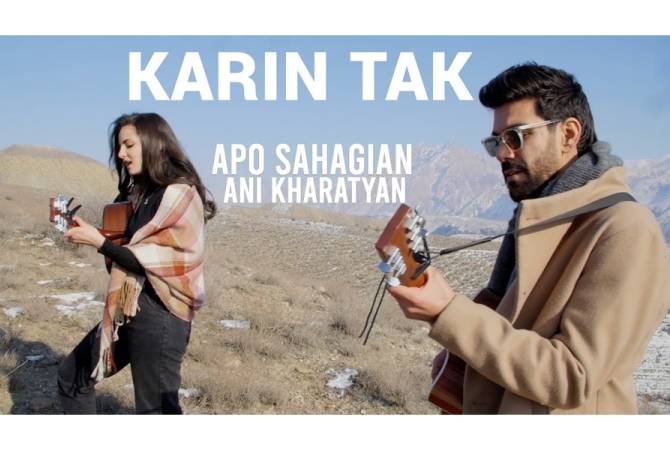 As reported by “Armenpress”, the video, directed by Armen Martikyan, is already on the singer’s official YouTube channel.

Apo Sahakyan is the author of both the lyrics and the music, the producer is Eduard Arshakyan.

Rock musician, singer, composer Apo Sahakyan is a political scientist by profession. He did not receive a musical education, but has been involved in music for many years. He is the founder of the famous rock band Apo and The Apostles in Jerusalem, but he also pays a lot of attention to Armenian folk songs, performing those songs during his concerts. Apo’s performances include “Let’s Go”, “Gardener Girl”, “Maro” and a number of other works.

NBU transferred more than UAH 17.1 billion to the Ukrainian army from a special account

One case of coronavirus disease has been confirmed in Artsakh

Gerashchenko: I recommend everyone to read Girkin. No one so sarcastically and accurately describes all the failures of Putin