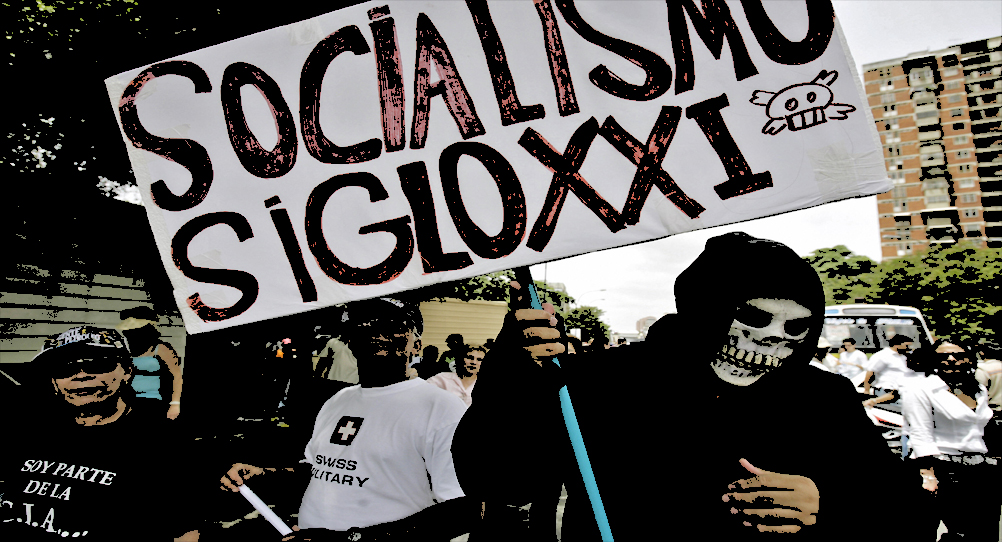 
Man has always written his own history, although twisted by problems of different kinds. Perhaps the most insidious, happens when ideologies interested in skewing facts at will are crossed. Although it is also disturbed, when the chapters of it testify to the successive catastrophe that was once the reason for difficulties of capital importance. Difficulties that aggravated situations that later cloistered growth and hampered the development of nations whose efforts to escape did not achieve the best results. Paradoxically, all this evolution only seeks to point out that the mistakes made and referred to historically are repeated. Even generating more damage than initially, the aforementioned events came to mark.

Unfortunately, this is how the contemporary history of Venezuela has been recorded. His political history is the account of how much he tried to overcome himself and could not. Not even, some lesson achieved with the passage of time. Unfortunately, it must be recognized that contemporary Venezuelan political history was written by losers in the midst of a crisis that not only squeezed their consciences. Rather, it inhibited the sense of freedom that should have been a sign of impression throughout its writing.

But not for that, the history of Venezuela will cease to be a motivating factor to rewrite it with the dignity that each act carried out with democratic sentiment represents. Or as Jacinto Benavente, the late Spanish playwright, put it, “it is one thing to continue history and another to repeat it.” That is the significance of the matter.

To tell the facts, as they are currently developing, the regime has insisted, out of its own stubbornness, to disable the historian’s office by constraining him in his duty to be rewritten at the request of his interests. But the realities that characterize the present Venezuela, are stripping the history of the clothing that the independence forge came to wear it. Fact that marked nineteenth-century political history. Such a controversial situation has become a process of mutilation of moral values, which in turn has made Venezuelans suffer from the problems that history seeks to consider as a reference to avoid repeating their misfortunes.

And this is valid, because there has been no disappointment that has tended to correct, from the historical plane, what has caused the enormous crisis that has placed the Venezuelan legal and political institutions on tenterhooks.

The (political) twilight of the 20th century

Having left the perezjimenista dictatorship that particularly plagued Venezuelan political discourse throughout the fifties of the twentieth century, constituted the entrance ticket to the project that Fidel Castro had been experimenting with since 1958 in Cuba. That led to Venezuela being the victim of the rude incursion of Cubans through Machurucuto in the early sixties. But equally, the country suffered excesses that came as a result of the Cold War whenever Soviet communists were in complicity with Cuban revolutionaries. Although the hardest part came with the fall of the Soviet Bloc, since the Cuban regime suffered a severe weakening, which motivated it to search -unsuccessfully- for ways to prevent its government, built with repression, corruption and desolation, from being submerged among more problems that by then had accumulated.

Not satisfied with what had been achieved in terms of national domination, which was somewhat precarious, the Castro dictatorship devised a way to penetrate nations with the purpose of obtaining the necessary funds required by the political-economic structure of the island. In this way, the circumstances favored Castro’s intentions from the very moment that the Venezuelan militarist coup of 1992 became the route to twist the meaning and direction of national political history. History of efforts in order to consolidate the political freedoms and fundamental rights that a democracy under construction would need.

Over the years, the Cuban incursion gained the necessary force to intervene in political processes with the impunity that allowed complicity within some Latin American countries. Although at the end of the 20th century, the situation of threat towards some nations with a weakened democratic structure worsened with the Moscow-Beijin alliance. In the heat of those times, the inoculated spirit of Castroism -spurred on by the Moscow government- was directed to cause the destabilization of international markets from which it could cause the greatest social and economic anguish through which it could cushion the route of intervention that later would allow the expansion of its estates and instances of government. And indeed, this is how they managed to give rise to such perverse events.

It was the way that, based on conspiracies, threats and arbitrariness, reached the difficult path declared around the democratic model that Venezuela had been pursuing during the second half of the 20th century. But in particular, the setbacks and vicissitudes generated by the imprecision with which the necessary institutionality that would have required the construction of a possible Venezuela was intended to consolidate, were stronger. And that was how the designed path could not be materialized, nor could it be traveled.

Such efforts were outdone by the statist economy model that obtained in the Venezuelan militarist regime the necessary henchman to forge the plan to implement a new political order that could well distort facts and configure them in the image of Castro’s way. In addition, loaded with the necessary facility to disguise them and sell them as legitimate reasons for political struggle. However, the worst was formed by what represented the shamelessness of ideologizing human groups with the intention of inciting them to deludedly think that democracy would be possible to achieve by grabbing the tail of history.

Thus, with the excuse of the misnamed “21st century socialism”, the regime adopted government criteria to persuade that in this way the distances that, social and economic injustices, snatched from the hands of precursors and liberators, selfless and sacrificed, would be overcome. civilists. For this reason, there is talk of being rewritten another story…?

“F… the hell of the Russian Federation.” In the Rivne region, a schoolboy was sued for swearing online

Is ‘noise’ such a big problem? It may not seem so; But listen to this story

Brian Fernández was arrested for stoning a bus, in another relapse suffered by the player