Another Jorge Gil show: from seriousness to happiness with his classic thumbs up 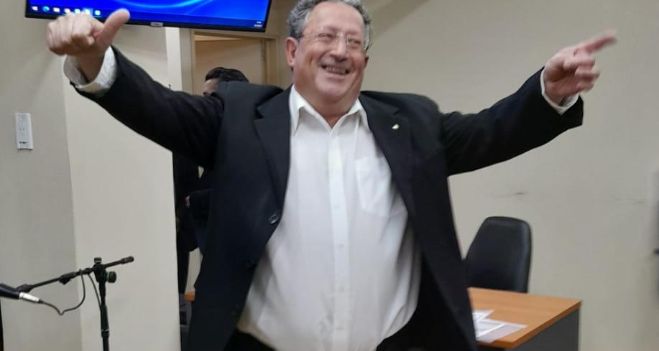 
In the previous one he joked, in the audience he became serious and after learning that he had been dismissed, he returned to his classic show before the cameras, with smiles and a thumbs up.

The doctor Jorge Gil lived agitated minutes on the afternoon of this Wednesday, key to his future as it was resolved if he continued to be charged for covering up Mario Parisí or if he was detached for the benefit of the acquittal excuse, like the judicial official Juan Pablo Ortega .

When Judge Matías Parrón entered the room, Gil’s face became serious and continued in that state during the reading of the resolution, sitting to the right of Parisí (Ortega was on the left).

Once the reading was over, Gil was pure exaltation: first he hugged Parisí and then he posed before the cameras with a gigantic smile and his classic thumbs up, as he had done in his first hearing, gestures that at that time had caused controversy given the seriousness of the cause.

Meanwhile, Juan Pablo Ortega was satisfied but carrying a low profile. More than happy, he was relieved, several of those present agreed.

Blue dollar in San Juan: operations of up to $270 are made

“Is there Azerbaijani gasoline in Armenia or not?” The SCPEC chairman gives details

Milan in anxiety: problems in the Achilles tendon for Maignan