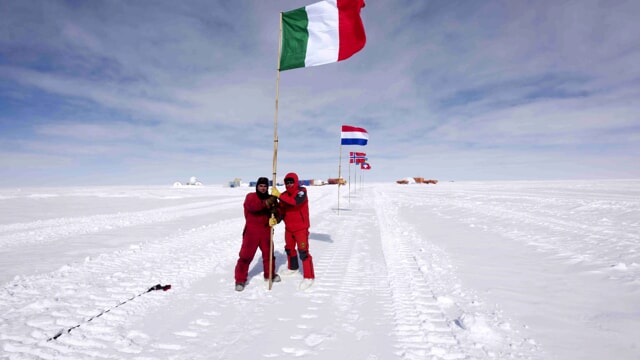 An unprecedented challenge for paleoclimatology studies. In Antarctica, in the remote field of Little Dome C, – where temperatures vary between -40 and -52 °, at 3,233 meters above sea level – the first drilling campaign of the ‘Beyond Epica Oldest Ice’ project was successfully completed. . The goal is to go back in time by 1.5 million years, to discover the temperatures and the concentration of greenhouse gases of the past, through the analysis of an ice core extracted from the depth of the cap.

Funded by the European Commission with 11 million euros, the project runs for seven years and is coordinated by Carlo Barbante, director of the Cnr Institute of Polar Sciences – based in Venice – and professor at the Ca ‘Foscari University of Venice. There are twelve partner research centers in all, from ten European and non-European countries. For Italy, in addition to the Cnr and the Ca ‘Foscari University, the National Agency for New Technologies, Energy and Sustainable Economic Development (Enea) also participates, together with the French Polar Institute in charge of the related work module to logistics.

From the end of November to the beginning of January, the international team reached a depth of 130 meters in a few days, where the ice retains information about the climate and atmosphere of about 3,000 years ago. The first Beyond Epica ice samples are now stored at the Italian-French base of Concordia, on the eastern Antarctic plateau.

Over the next few years, these samples, and especially those that will be collected during the next campaigns, will be transported to European laboratories. The goal is to reach a depth of about 2700 meters, which represents the thickness of the ice at Little Dome C.

Instagram, the Russians use the VPN to skip the block and continue browsing social networks

Cipriani on the outbreak in Libertad

Gallardo and a warning for River players: “You can’t”

“The beginning of something important”: Gustavo Alfaro’s analysis after Ecuador’s victory