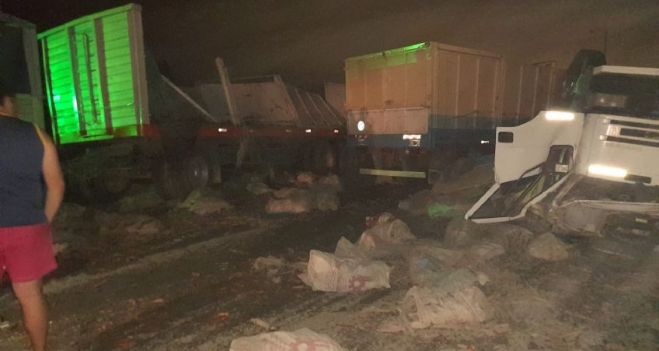 
Two trucks collided between Route 7 and Route 40 and one of the drivers was transferred to the Central Hospital due to the blows caused by the accident, the site reported. mdzol.com. The episode occurred because one of them entered Route 40 in the wrong direction.

The incident occurred at 9:19 p.m., on Route 40, passing Route 7, in Luján de Cuyo. There, a 25-year-old man from San Juan was driving a Chevrolet Kodiac 14-190 truck with an empty trailer along Route 7, from west to east and, for reasons under investigation, when he reached Route 40 he made the wrong descent and entered the wrong way. .

At that intersection, he collided with a Fiat Iveco truck with a semi-trailer, which was transporting carrots, and overturned on the road. As a result of the impact, the driver of the latter, identified as 59-year-old JM, was transferred to the Central Hospital with moderate to severe polytrauma.

I WILL JUST REPENT, THE LADY Nikola Ilić WAS WITH ME for Hello! responded to the calls of his ex-girlfriend Ana Jovanović

“Do not let children play with…” / Professor’s warning about bird flu: Eggs should be boiled well, there is no need to panic

The General Staff of the Armed Forces of Ukraine announced the movement of Russian boats to the Zmeiny Island. The boats of the occupiers have already been destroyed there