Alzheimer’s, the 10 most common conditions that can occur in the 15 years prior to the onset of symptoms 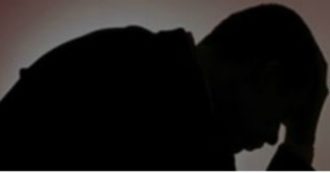 There depression is one of the main conditions related to possibility to develop the Alzheimer’s diseasealong with anxiety, stress, hearing loss, constipation, cervical spondyloarthritis, memory loss, fatigue, discomfort and rapid weight loss. This, in a nutshell, is what was discovered by a study published in the journal The Lancet Digital Healthconducted by researchers from various institutes, including the Institut national de recherche en informatique et en automatique (INRIA), the Sorbonne University, the Center national de la recherche scientifique, the University of Bordeaux and the Cegedim Health Data .

As part of the Paris Brain Institute’s Aramis project, scientists evaluated early symptoms associated with Alzheimer’s. In fact, experts have identified ten conditions that can occur in the 15 years prior to the onset of symptoms of neurodegenerative disease. The team, led by Stanley Durrlemanhas anonymously consulted the medical records of over 80,000 patients in France and the UK. About half had received a diagnosis of Alzheimer’s, while the rest were part of the control group and had never had the disease.

Long Covid and mental health disorders, the study: “Depression in 39% of cases and use of opioids in 76%”

The research team has developed gods mathematical and statistical models to evaluate possible associations between Alzheimer’s and 123 different health factors. Using this approach, scientists have identified the 10 most common conditions that can occur in the 15 years prior to the onset of Alzheimer’s symptoms. According to the analysis, depression was the most frequent factor, and the others were anxiety, exposure to high stress, hearing loss, constipation, cervical spondyloarthritis, memory loss, fatigue, discomfort, instability and sudden loss of weight. “Our work – he says Thomas Nedelec, of the Aramis project – allowed us to confirm the existence of some previously known associations and other factors that had not been considered so far. This approach, however, highlights some simple statistical correlationsit will be necessary to deepen the investigations to identify the underlying mechanisms and understand if these conditions represent risk indices, symptoms or early signs of Alzheimer’s disease “.

This work opens up several perspectives, the authors comment, and, although the results are preliminary, it allows healthcare professionals to get a more detailed picture of Alzheimer’s disease. “The grants that have been allocated to the Aramis project – concludes Durrleman – they will also make it possible to implement data from Sweden and Australia. We hope to be able to extend the research to other diseases as well, such as Parkinson’sthe Charcot’s disease or the smultiple clerosis. We hope to be able to identify the common bases and specificities of these conditions in order to develop a targeted and effective prevention plan “.

Beskar Ingot Drive: Seagate's PCIe4.0 SSD dedicated to The Mandalorian flexes its muscles on both PC and PlayStation 5

There are 11 closed, inactive mines in Yerevan

Association of Dentists of Uruguay demands “that the authorities take them into account”: They feel ignored