Alarm: Neymar has a sprained ankle (+ video and photo) 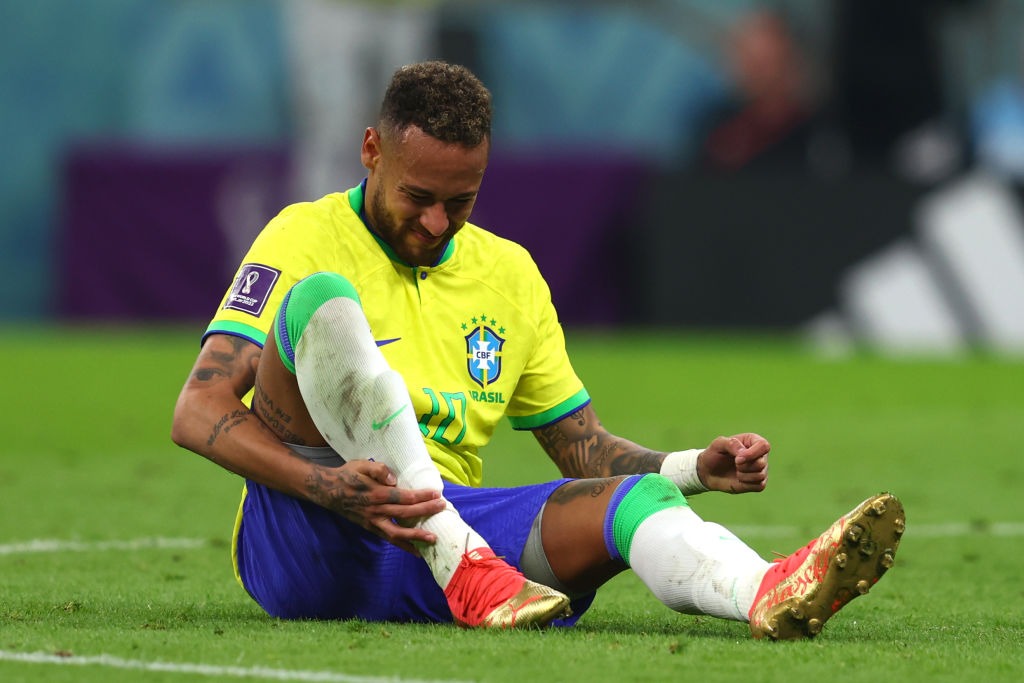 
Brazil holds its breath and trembles with its great star. Neymar withdrew touched on the right ankle 79 minutes after the victory (2-0) of the ‘canarinha’ against Serbia at the start of the World Cup in Qatar 2022, scaring the entire country, in suspense due to the state of his right ankle .

An hour after the end of the game, the CBF doctor, Ramiro Lasmar, explained that Neymar suffered a sprain and it would be necessary to wait 48 hours to see how it evolved.

“Neymar suffered a sprained right ankle. He had some swelling in his ankle, we started the ice treatment on the bench and now he has followed the physiotherapy treatment. There is no imaging exam scheduled. If there is a need, we will do it. But that will be decided by the extent of his evaluation this Friday. The expectation is the observation. Any talk of evolution, the sequel to it, is premature. We don’t have any answers, it’s important to wait,” the CBF doctor told the media.

The player suffers from a sprain in his right ankle and the Brazilian team’s doctor clarified that we will have to wait 24 to 48 hours to see how it evolves pic.twitter.com/SLwdIwso8u

The PSG attacker endured hard tackles from the Balkan team (particularly Gudelj and Milenkovic, both in the second half) throughout the game and had to leave in pain before the end.

On the bench they put ice on him and his image, sunk and with tears in his eyes while he was consoled by his teammates, shocked all of Brazil.

“He has suffered a blow, but hopefully it’s nothing,” Vinicius said after the match.

“We are concerned about Neymar’s injury. We hope it’s nothing,” said Rodrygo in Radius Brand.

The ghost of the 2014 World Cup, when Zúñiga’s blow to the back in the quarterfinals against Colombia deprived him of playing the semifinals against Germany at home, now hovers over the ‘canarinha’.

We’ll see how he develops, although his history of ankle injuries with PSG does not invite optimism.

Neymar left the pitch due to an injury to his right ankle. He was seen heartbroken and crying on the bench. There is still no medical report but the outlook does not look good for Ney, he could miss the rest of the World Cup.https://t.co/A8E2EMFrjK pic.twitter.com/a4GEsiRB9o

The ankles, his nightmare

Neymar’s tears on the bench after retiring with an injured right ankle are no wonder, especially considering that it had become inflamed. And it is that the ankles are a nightmare for the Brazilian in the last seasons.

In the last four, he has been out for 198 days due to three injuries, two of them quite serious. A piece of information that surely has a lot to do with the grief of the player, knowing that his ankles are his Achilles heel.

Last season Neymar suffered a ligament injury in his left ankle, specifically on November 28, 2021, which kept him out for 78 days.

In the 20-21 campaign, once again his left ankle left him off the pitch for 30 days due to a major sprain. On June 6, 2019, he would suffer a fractured right ankle that kept him KO for three months.

It was his most serious injury in said joint and precisely in the same ankle that has been damaged now. One more reason for the alarms to have gone off in the Brazilian team.

NEYMAR TURNS ON THE ALARMS! The PSG player left the field with a swollen right ankle and worries the entire Brazilian people. pic.twitter.com/cxKhW8WgsG

Calicor and Tributos Bolívar agree to a truce in audits

Confirm first death from influenza A in Artigas

How much taxes have been paid by government agencies?

Javier Zanetti and his admiration for Dybala

At the Zaporizhzhya NPP due to the provocations of the occupiers, one power unit had to be turned off – Energoatom