Alarm in Brazil: Neymar retired with a sprained ankle 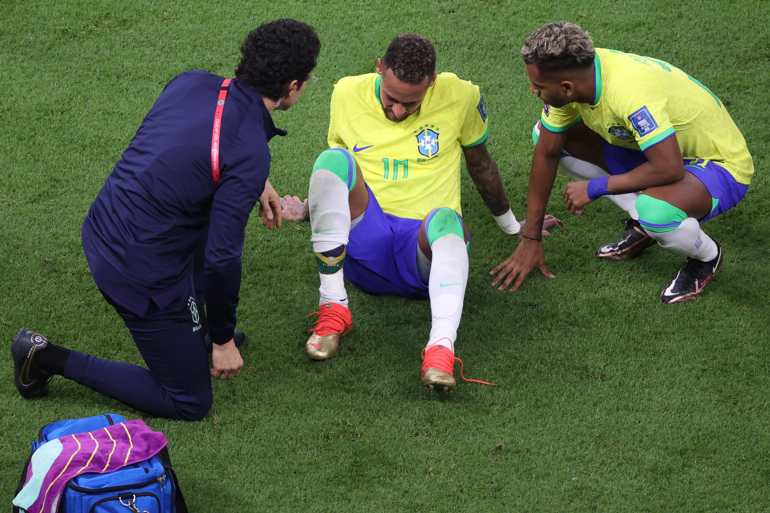 
Brazil’s triumph against Serbia (2-0) in its World Cup debut has been overshadowed by the Neymar injury, who was forced to leave the field of play in the 79th minute because of a blow to the right ankle caused by a hard tackle from Nikola Milenkovic. The striker suffers from edema that is already being treated and the extent of the injury will be known in 24 or 48 hours. His presence in the World Cup is up in the air.

The doctor of the Brazilian team, Rodrigo Lesmar, He confirmed that Neymar is suffering a sprained right ankle and that we will have to wait at least 24 hours to find out the extent of the injury.

“Neymar has a sprain. We have treated him immediately on the bench and now he continues with the physio. We have to wait 24/48 hours to better understand the extent of the injury.” Lesmar said.

Tite, coach of the Brazilian team, added that Neymar was playing eleven minutes with ankle pain.

The alarms are going off in Brazil, which in 2014 already lost Neymar due to injury in his World Cup due to a serious tackle from the Colombian Zúñiga in the quarterfinals that he fractured a vertebra.

Vinicius, after the game, commented that his compatriot suffered a strong blow. “Let’s hope it’s just a blow and that he can continue with us,” the Madrid striker wished.

Agreement between Sergio Massa and Together for Change: the rental law reaches the Chamber of Deputies

Top Race: Juan Cruz Roca stood out among the people of San Juan

[VIDEO] CISEM cameras captured the route of criminals after an assault