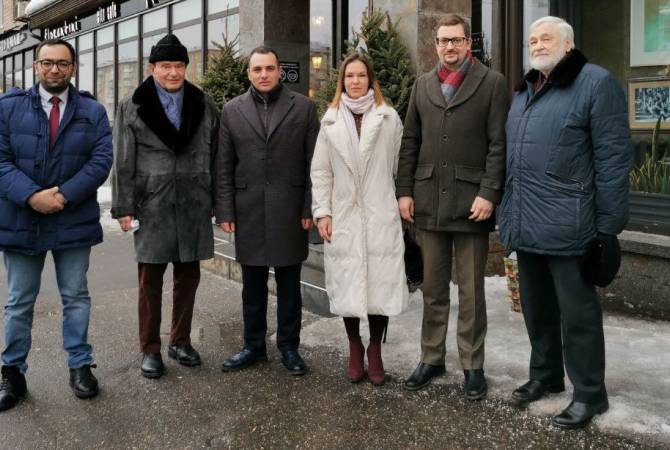 
Aeromagnetic research will be conducted in Armenia for the first time

“This is the first time such work will be carried out in Armenia. The Russian side will bring two drones, which will carry out aeromagnetic extraction throughout the observatory. This work will allow us to find out the magnetic properties of mountain rocks, to build a three-dimensional digital model, as well as to fully understand the problem of the observatory to meet international standards. “This will allow the observatory to be included in the INTERMAGNET network, a global consortium of institutes that record magnetically changing magnetic fields of the Earth in real time, according to standards that meet clear international standards in terms of geomagnetic field recording methodology,” said John Karapetyan. He informed that such a research will stimulate the development of Armenian-Russian cooperation in the field of studying the Earth’s magnetic field.

“Gyulagarak” magnetic observatory was established in 2019 by the National Academy of Sciences of the Republic of Armenia. The Armenian side carried out the construction, excluding the iron component, and the Russian side provided the expensive equipment. “In order to exclude the deflection effect on the magnetic field, the observatory was built of fiberglass composite materials, which was done for the first time in the CIS,” said John Karapetyan.

Apple, Google and Microsoft, towards a standard that allows access to devices without passwords The companies work together.

Construction workers will have a salary increase of 62% in 8 sections The salary increase will be paid 10% this month, the same in June, 8% in August, another 8% in September, in October and in November, a 5% in January and another 5% in February.

Inter becomes the favorite, the calendar in the remaining weeks

Henrikh Mkhitaryan will undergo a medical at Inter

Having lived only 20 springs, he became a hero