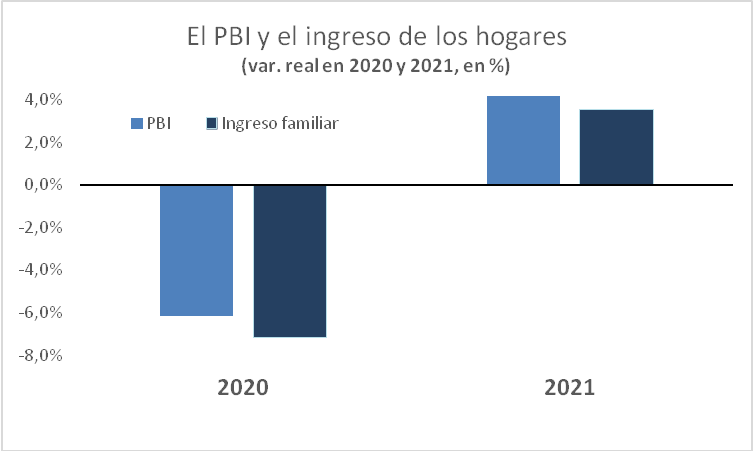 
MONTEVIDEO (Uypress) – The AEBU Technical Advisory Commission (CTA) prepared a report with categorical numbers on the concentration of wealth in the last two years.

Both when the Uruguayan economy slumped in 2020 due to the pandemic and when it began to recover in 2021, family income always trailed behind. Through thick and thin, Uruguayan families were harmed during the current government. This is demonstrated by a report prepared by the AEBU Technical Advisory Commission.

Extracted from official information from the BCU, these data show that the GDP of the Uruguayan economy is growing and beginning to recover from the crisis caused by the pandemic. But when we see what happened to household income per person —in charge of the INE— the drop in this income was greater than that of GDP per person in 2020, and the recovery was less than that of GDP in 2021.

If these numbers are interpreted and applied to household consumption, we will see that the effects of inflation —and of politics, which lowers purchasing power— have a stronger impact on lower-income households, with less savings capacity, if they have it. This is graphically indicated by the CTA report. 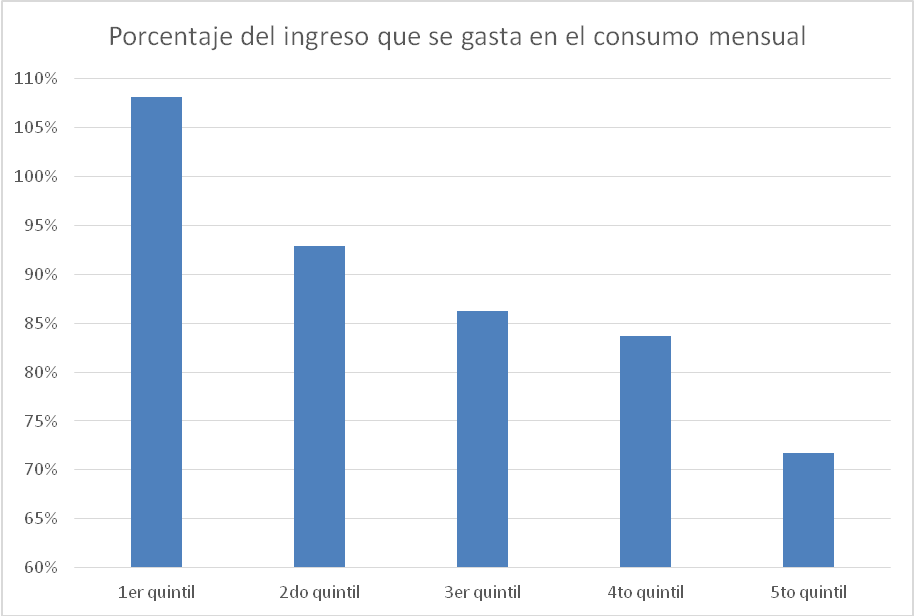 The households of the poorest 20% of the population (first quintile) have an income that is not enough to cover all their monthly consumption; they spend 108% of what they earn, that is, they require some type of indebtedness or support. These households are very strongly affected by inflation, they have no room for maneuver. The households of the richest 20% of the population spend just over 70% of their income on their monthly consumption, so that savings capacity allows them to better face price increases.

With the Government’s policy —which adjusts salaries based on lower levels of inflation than in reality— this implies a much more severe impact on households with fewer resources, while at the same time intensifying inequality and concentration of income. the wealth.

“There is a deliberate order to let terrorism act”: Rogelio Frigerio targeted the Government for the Mapuche advance

When is the ideal age to get married

Ponomarev: MGIMO produces disgusting monsters. Rogozin, Zakharova, Sobchak from there. These are people without principles.