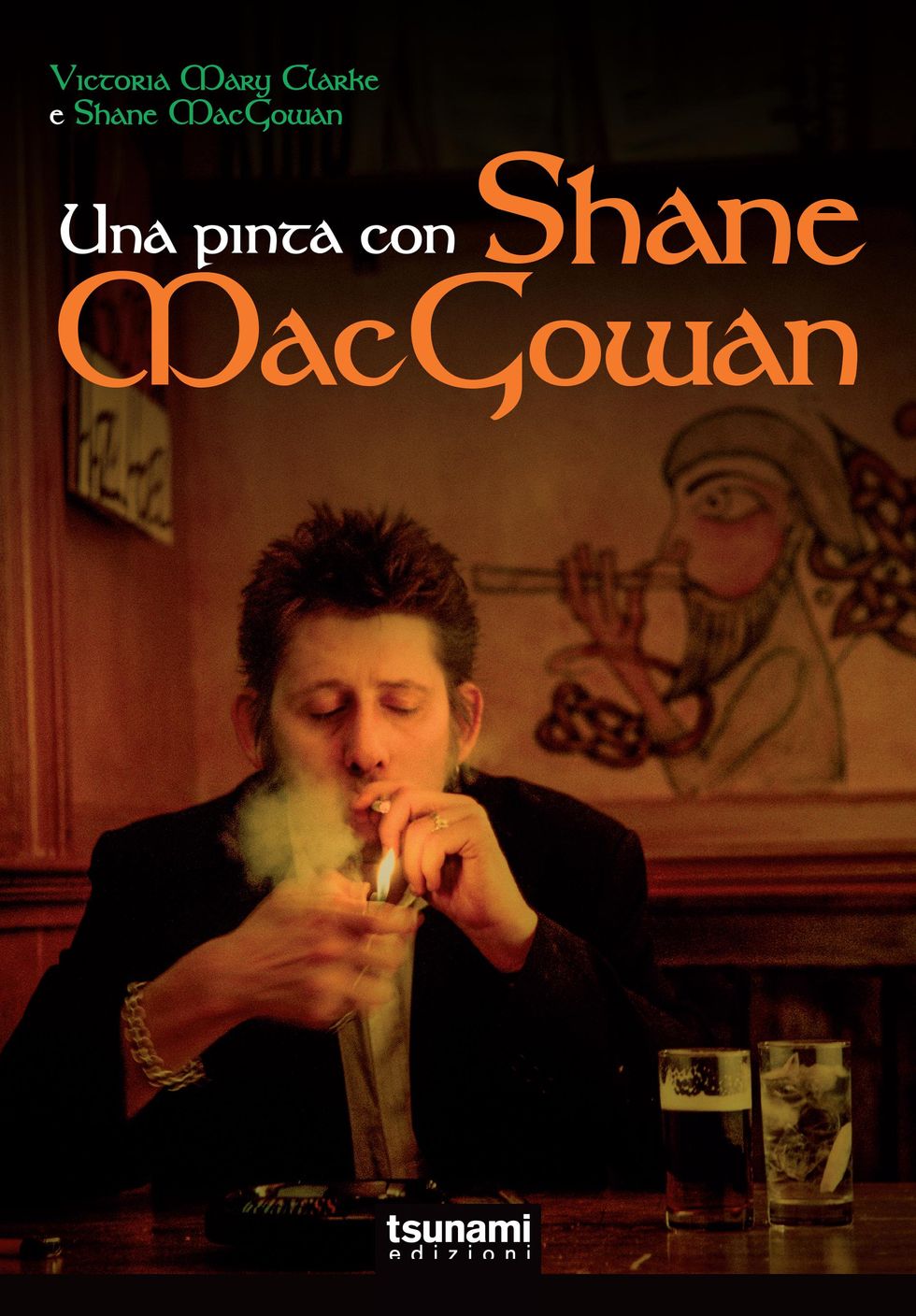 
Shane Macgowan is undoubtedly an icon of Irish music and at the same time of the alternative scene. His artistic trajectory with the Pogues under the banner of contamination between punk and folk And become a genre of music. As unique as the band that performed it. These days MacGowan’s autobiography, including pub anecdotes and much more, arrives in bookstores published by Tsunami …

A pint with Shane MacGowan is exactly what the title promises: a very long chat with him as if he were sitting next to the bar in the pub, while between a beer and another he entertains the patrons with the stories of a lifetime. The childhood spent on an Irish farm away from his parents, his first encounter with Guinness at the tender age of five, the move to London and the birth of the first punk scene, the years in the Pogues and many other adventures, directly from his hands-free, collected by his wife and lifelong partner Victoria Mary Clarke.

Many Irish songs are rock’n’roll pieces; ‘The Rocky Road to Dublin’, for example, is a rock’n’roll song. When we started, people were doing all this world music shit, which I found really annoying and boring, and I thought, “We have it in the house, Irish culture. Irish music is alive and well, here in England and around the world ”. At the time I didn’t know how widespread it was in the world, but wherever the Irish are, there is Irish music, and they want to hear it. It was so obvious.

It wasn’t really my idea to found the band. She came to other people, Spider and Jem, and a guy named Ollie who was the first drummer. I was dragged in because I was involved with Nips, who they thought were a good band … I never thought we were, but we were a very popular live band and if we had the right opportunities we could have been successful. huge. We were a good pop band and had a good following, loyal fans. I – or rather, we – recreated it with the Pogues.

There wasn’t a generation gap with the Pogues, we weren’t just playing for teenagers… we were playing for everyone. We were a bar band playing country and rock’n’roll music, stuff like ‘Green, Green Grass of Home’ and ‘Don’t It Make My Brown Eyes Blue’, plus Irish stuff. We were doing showband music, putting a lot of spice in her ass, as well as traditional Irish music; we basically took seriously things that had previously been neglected by pop music. The clothes we wore, the black suits with the white shirts, were Brendan Behan’s uniform, which is why we chose them, not to look elegant, but to be timeless, if you know what I mean. We could have been a band from the fifties, sixties or seventies… we just had the look of the classics paddy.

I was really into Brendan Behan. Everyone liked him, but me in particular. I think I identified with him because I had a big problem with alcohol and I liked the way he wrote about him, and because he was Irish. I liked all the Irish writers, but he was the trendiest, the most popular one. He was the successful one, that he had been successful. He was a bit like Irvine Welsh. He was a writer who had lived for real, had been in the IRA, had been in prison. I liked the fact that he really had those experiences, that he didn’t make them up. It is an aspect that attracts me to anyone.

I wanted to make pure music, which could be from any era, I wanted to make time irrelevant, to make generations and decades irrelevant. I didn’t want to insult people’s intelligence and I didn’t want to pretend to be an intellectual. I wanted the music not to be about anguish and how awful it is to be in your bedroom doing heroin or shit like that. I didn’t want him to talk about how bad drinking is, I wanted to celebrate drug use, drinking and life. I wanted to celebrate the bleak side of life that I like. I like pubs, drugs and sex. I hated the apathy trend of the eighties, and the musicians who behaved well. I wanted to lock people in place and bring them back, to before the Beatles, before Elvis, and start there.

I’ve never intended to write as many songs as I did. I didn’t want to be known as a songwriter, I wanted the group to be known as a band that plays Irish music mixed with country, pop, rock’n’roll and music for dancing, partying, and everything in between, but not to insult them. intelligence of people. And I think I did it for a while, just putting the bullshit aside. We reduced the drums to a snare drum and cymbals, and we only had one electric instrument: the bass.

We were also heavily influenced by the Dubliners, who I thought were the most representative band of Irish pop music. So Behan wasn’t as important an influence as the Dubliners, because music was more important to me, it always has been. The fact that I wrote intelligent texts, or at least that people thought they were, was irrelevant to me. I didn’t want to become what everyone considered a genius, and when they started doing it, I knew it was going to be dangerous. Because when only one person becomes the object of attention, the harmony of the group begins to falter. The guys in the band believed what the press wrote about me, even though I didn’t believe it myself. And then they decided that I was just a stupid drunk after all, because they had read it in the papers. “

Zelensky named the main tasks of the new Prosecutor General

Psychotherapy in mutualists and suicide prevention