A new dinosaur species has been discovered 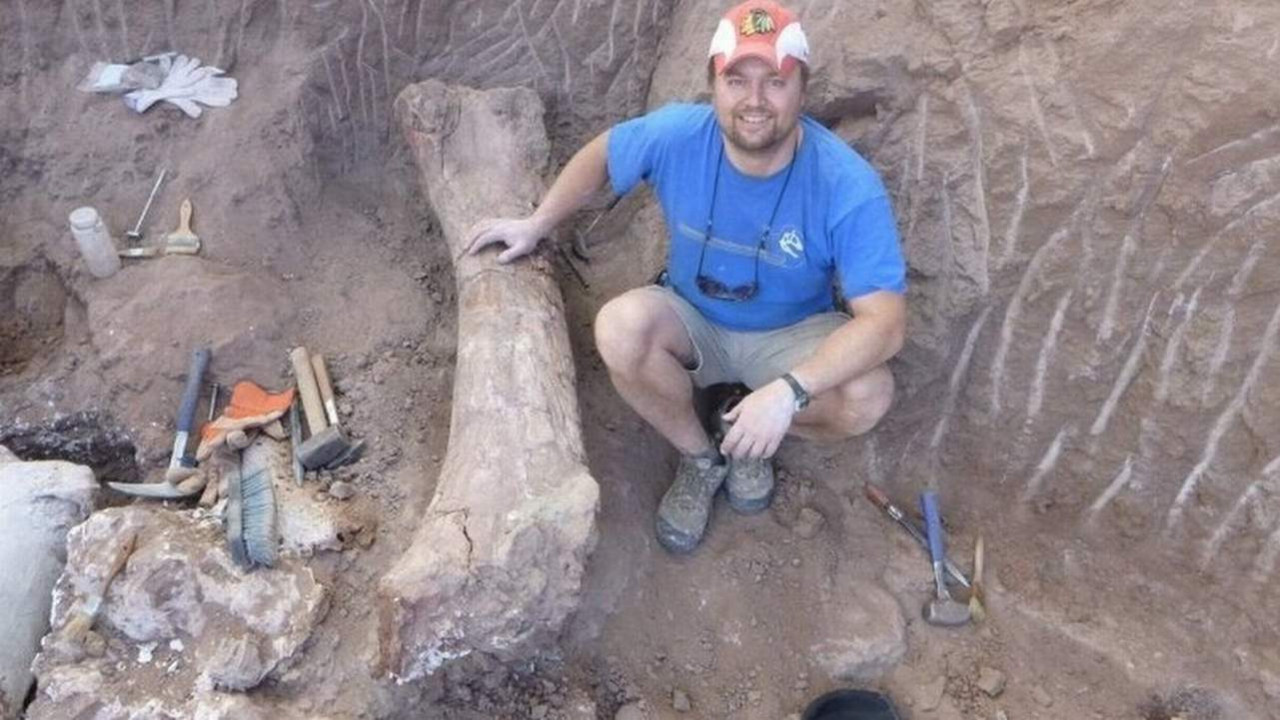 
A group of scientists in Argentina believe they have discovered a new predatory giant dinosaur with a very large head but small arms for its size.

Scientists writing in the journal Current Biology about the discovery state that the skeletal remains of a previously unknown species were unearthed in Northern Patagonia.

The 11-metre-tall dinosaur, called Meraxes gigas, had a skull 1.2 meters but arms only 60 cm long.

“I think these proportionally small arms have some kind of function. The skeleton shows large muscle inserts and fully developed chest straps, so there were strong muscles in the arms,” ​​says Juan Canale, who authored the study.

“They may have used their arms to hold the female during mating or as support when she got up after a fall.”

The study’s co-author, Peter Makovicky, notes that the dinosaur’s arms were “literally half the length of the skull and did not extend all the way to the muzzle.”

Makovicky says the species’ giant head is the main predatory tool, taking over the functions that arms in smaller species do.

Named after a fictional dragon in the Game of Thrones book series, Meraxes gigas belongs to the shark-toothed lizard family.

These four-ton reptiles are believed to have lived 90-100 million years ago.

On the day of the 35th anniversary, Yurusheva told why I am grateful to God

THEY PUT UP THEIR NOSE AND DO NOT CONTACT ANYONE ON THE STREET Neighbors in Niš have spoken, and here’s what they say about Miljana’s fight for life

Any business registered in Armenia can apply for equity financing