A decade after the death of Leonardo Favio, they will inaugurate a sculpture in his honor 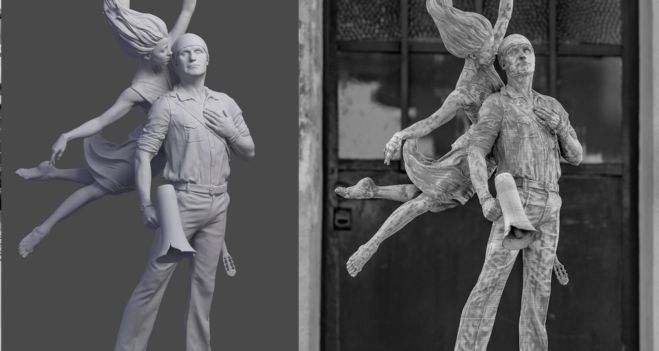 
The work “Favio y la Musa” will celebrate the life and art of filmmaker Leonardo Favio through the production of a three-meter sculpture that will be placed at the intersection of Corrientes and Vera Avenues in the Villa Crespo neighborhood of Buenos Aires.

The project, promoted by the DAC Foundation, also includes the change of name of Vera street where the DAC headquarters is located to that of Leonardo Favio as of November, indicated a statement from the entity that brings together film directors.

Next Wednesday at 1 p.m. there will be a call for the press to visit the workshop and see the sculpture in process, at Vera 737.

Tributes are given ten years after Favio’s death.

“Favio and the Muse” was designed by the artist and audiovisual producer Eric Dawidson, who through a three-meter bronze sculpture will pay homage to the director of national film classics such as “Nazareno Cruz y el lobo” (1975), “Juan Moreira ” (1973) and “Chronicle of a lonely child” (1964).

The sculpture will be placed next November 5 in the square located in Vera and Corrientes.

For the production of “Favio y la Musa”, Hernán Piquín and Natalia Pelayo, dancers and actors from Favio’s film “Aniceto” (2008), were summoned, who were the models for the design of the work.

In addition, the DAC Foundation undertook a record of the processes to capture it in a future documentary.

Link Program: they delivered certificates of an important training in Mendoza

“I don’t steal anymore, boys”: the particular promise of a thief after winning Quini 6 in Chubut

At night, the invaders again hit Kharkiv with rockets, the enterprise caught fire