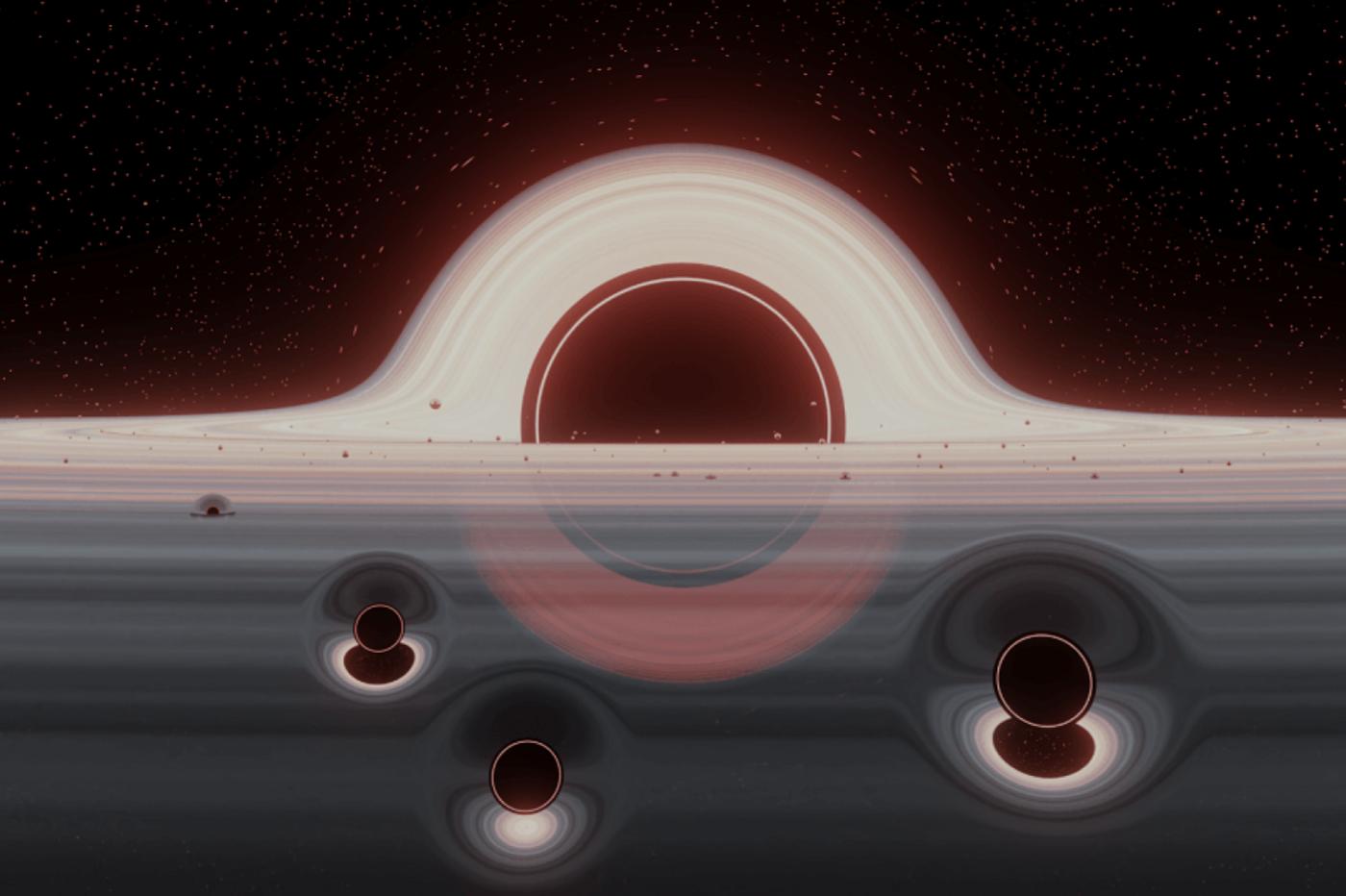 
Black holes are among the most fascinating objects in the universe; fundamental physicists believe that they still hide very many elements indispensable to our overall understanding of the cosmos. Despite everything, our knowledge of these objects is still quite limited.

But in recent years, significant progress has been made thanks to the arrival of a revolutionary instrument: the Laser Interferometer Gravitational Wave Observatory, or LIGOwhich joined the arsenal of astronomers in 2002. This machine is entirely dedicated to the study of gravitational waves. In theory, these are space-time oscillations predicted by Einstein’s general relativity; in practice, for astronomers, it is above all a sign that a very violent and energetic event could have taken place light years from Earth.

In 2015, LIGO distinguished itself with a sensational discovery : he was the very first to detect these gravitational waves following the merger of a pair of black holes. A small revolution in astronomy, but which posed as many questions as it provided answers.

Even if this field of research continues to progress, today, there remain central questions to which we still do not know how to answer with absolute certainty. We are still unable to determine exactly the circumstances under which they form. Researchers therefore continue to track gravitational waves in the hope of finding the missing pieces of the puzzle.

It is in this context that in 2019, LIGO and its Italian counterpart, the Virgo, spotted gravitational waves of unusual intensity. The event, dubbed GW190521has been interpreted by astronomers as a new merger of colossal black holes, with a mass greater than the physical limit theorized in this context.

This last element was, to say the least, suspicious for the researchers. But later, they made a curious discovery: this event produced visible light, which is quite surprising in this context. So astronomers continued to scrutinize GW190521, and they ended up making a third mind-boggling discovery.

A matter of geometry

Usually, when two black holes are about to merge, they share a relatively similar orbit. circular (in their repository). This form is importantbecause it is directly linked to the gravitational forces at play. The two black holes gradually approach the center of this common orbit by rotating around each other until the fateful collision.

But in the case of these works, they occupy very elongated orbits; we’re talking aboutelliptical orbit. A point that seems simply incompatible with current models on this case. No more doubt possible: there is undoubtedly an eel under the rock, and it is probably a more complex event than the researchers imagined.

Observations therefore resumed with renewed vigor, in the hope of drawing the worms out of GW190521. Very quickly, a new evidence imposed itself on astronomers: the only valid explanation is thata third celestial body has literally come to play the impediments to go around in circles. A real jackpot, since all sightings – including those from 2019 – have proven consistent with this scenario.

A “chaotic tango” between cosmic monsters

Indeed, given the immensity of the masses involved, the researchers consider that the scene takes place very close to the center of a galaxy. These are places usually dominated by black holes of dantesque proportions, several million times heavier than our Sun; we then speak of a supermassive black hole.

These generate a gravitational force so immense that it alone allows structure entire galaxies; once captured by the disc of gas around the supermassive black hole, even normal black holes have no say.

“In these environments, the density and velocity of black holes are so high that the smallest ones bounce in all directions like in a game of billiards.”, explains Bence Kocsis, co-author of the study at the University of Oxford.

“They meet there, form pairs, and these pairs can still interact with a third black hole, which leads to a chaotic tango with several black holes going in all directions”, details its co-author Hiromichi Tagawa of Tohoku University.

A step forward in our understanding of the universe

We therefore find ourselves in a system with more than two black holes, which represents a completely different challenge. Indeed, this “N-body Problem” is quite simply one of the oldest problems in fundamental physics. Because in such a system, the different objects behave according to a model called “chaotic” (to see the chaos theory and the illustrative video above). To put it very, very succinctly, this means that it is more or less impossible to predict their behavior perfectly; this would require an infinite level of precision, which is impossible.

We can therefore say that fascinating physico-mathematical puzzles await researchers at the turn. “It is something that Newton, myself and many others have studied very intensely.”, explains Nathan W. Leigh, another co-author of the study. “The fact that this problem plays a crucial role in the mergers that take place in the disk of a supermassive black hole is incredibly fascinating.”, he enthuses.

From now on, the challenge will be to learn more about the famous discs of supermassive black holes. The objective will therefore be to try to spot new unusual events such as GW190521. They will then be able to learn more about the dynamics of black holes, especially supermassive ones. By extension, this will therefore improve our overall understanding of the universe and the dynamics of galaxies. And all this thanks to a huge cataclysmic pool game that is played millions of light-years from Earth!

The text of the study is available here.

From care to the risk of infection: What should you know before getting a navel piercing?

COVID-19 cases in the US exceed 11 million

Can a doctor return a patient who does not pay the said fee? How should doctors behave?