60 days before the Qatar 2022 World Cup, how Argentina and its rivals are preparing 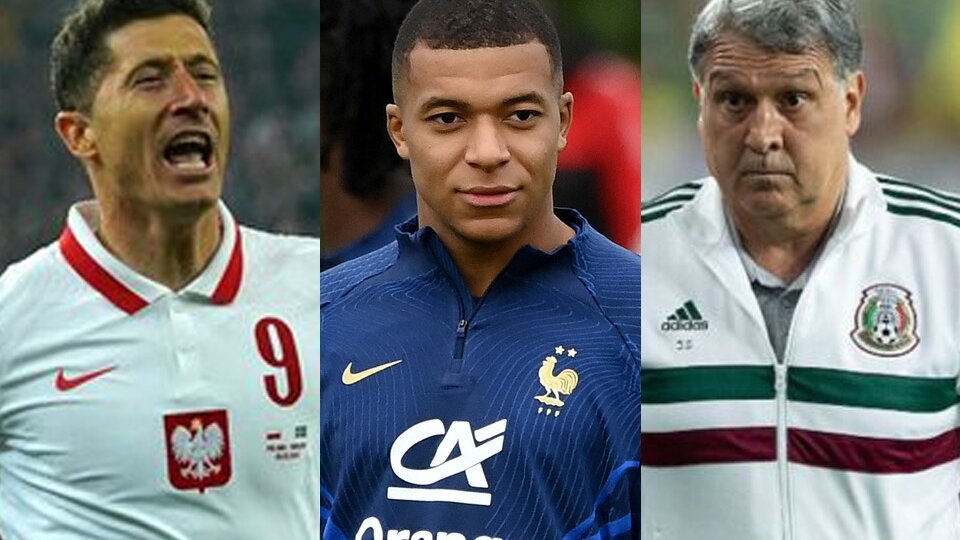 
As of this Wednesday, the World Cup is only two months away and, with the calendars overcrowded by the club tournaments, the teams accommodate themselves as best they can to fine-tune details for the big event that will start on November 20 in Qatar.

The rain of friendlies is the order of the day, with some looking world class rivals, others testing themselves against teams that share a confederation with their group mates in Qatar and the rest opting for less demanding and more profitable options from the economic point of view. Meanwhile, the only ones who will be playing “for points” are the Europeans, with the resumption of the UEFA Nations League starting this Wednesday. Here, a review of the tests that remain for Argentina and its rivals from Group C and -if there is no catastrophe- round of 16.

The National Team is already in Miami to prepare the friendlies that it will play against two countries that will not be in Qatar but that They shared Qualifiers with Mexico: Honduras (this Friday at 9:00 p.m.) and Jamaica (Tuesday 27 at 9:00 p.m.). Located as 80th and 62nd in the FIFA ranking, the next Albiceleste rivals reached the final phase of the Concacaf classification but were far from fighting for a place in -at least- the playoffs. This was in the hands of Costa Rica (then they beat New Zealand) with 25 points, and Jamaica finished with 11 units while Honduras, last with just 4 in 14 games.

in their matches against Mexico, with whom Argentina will be facing on Saturday, November 26 for the second date of the World Cup, neither Jamaica nor Honduras could get a point. Mexico beat Jamaica 2-1 at home and away, while beating Honduras 3-0 at home (Rogelio Funes Mori goal included) and for a tight 1-0 visit on the penultimate date, a key duel for the Aztecs who just qualified on the final day of their Qualifiers.

The last preparatory appointment of the team of Messi, Di María, De Paul and company will be on November 16, just six days before the World Cup debut (Tuesday 22 against Saudi Arabia), against the United Arab Emirates (69th), cast directed by Vasco Arruabarrena. The Asian team did not meet Saudi Arabia in the Qualifiers but was close to reaching the playoff against Peru, although they lost to Australia in a previous heads-up.

The rival that a priori sounds more complicated in the group of Argentina is Mexico, commanded by Gerardo Martino. The Tata team is one of the teams that played the most in the year (13 games between Qualifiers, Concacaf Nations League and friendlies) and has four more games in its planning. These days it will be measured with two South American teams, as if to savor the honeys of Conmebol: on Saturday against Peru in California (was left without a World Cup after losing the playoff with Australia on penalties) and on Tuesday the 27th he will do the same against Colombia (6th in the Qualifiers, one point below Gareca’s team).

It is worth remembering that Argentina beat Peru in their two qualifying matches (2-0 away with goals from Nico González and Lautaro Martínez, and 1-0 at home with one from Lautaro) while drawing 2-2 in Colombia (Cuti Romero and Leandro Paredes; game in which Dibu Martínez was injured and was replaced by Agustín Marchesín) and then won 1-0 in Córdoba (another goal by Lautaro).

Mexico will also have action in November, a few days before the World Cup: they will face Iraq and Swedenwhich was left at the gates of Qatar by falling in one of the European playoffs against Poland (2-0).

Poland does not want to descend

Like the rest of the European teams, Robert Lewandowski’s Poland will return to the ring this week with the UEFA Nations League. The team with which Argentina will close the group stage (Wednesday, November 30) will be local this Thursday to the Netherlands while visiting Wales on Sunday to close your group. In other words, two rivals who will be in Qatar and will serve to test the great Polish scorer, who has been making Barcelona delirious since his arrival: 11 goals in eight games.

With four points in four rounds, Poland has almost no chance of being first in its zone and going to the semifinals, but must be careful not to finish last and be relegated to Nations League B. Their group is led by the Netherlands (10 units), followed by Belgium (7) and with Wales in last position (1). So far they have only beaten Wales (2-1), tied with the Dutch (2-2) and lost to the Belgians in their two matches (1-6 away and 0-1 at home).

The rival of the Argentine debut has a very busy schedule before the World Cup, with six friendlies. Saudi Arabia He had some excellent Qualifiers, finishing above Japan and Australia, but left a very bad image in his last two international tests, losing to Colombia and Venezuela (both 0-1) in Spain last June.

The team led by Frenchman Herve Renard and made up mostly of Al-Hilal players led by Ramón Díaz will be facing two World Cup players: this Friday against Ecuador and on Tuesday against the United States, both in Spain. In addition, at the end of October they will play against Albania and Honduras, while in November they will face Iceland and Croatiacurrent world runner-up and member of Group F along with Belgium, Morocco and Canada.

If the World Cup feels just around the corner, the draw held in April seems like a distant memory. What was dictated by chance on that occasion was celebrated by Argentina due to the lack of group “cuckoos”, although not so much for the second phase. Potential crosses with Brazil, Germany or Spain in the semis or against the Netherlands in the quarterfinals, the truth is that, to advance to the second round, the immediate rival will leave the group made up of France, Denmark, Tunisia and Australia.

The last world champions face some internal problems but, above all, a very poor performance so far in the League of Nations. France adds just two points and is last -relegation position- in the area that also has Denmark (9), Croatia (7) and Austria (4). Mbappé’s team lost at home to the Danes (1-2), drew 1-1 away against Croatia and Austria, and then fell again at home, against Croatia (0-1). This Thursday he will resume activity when he receives Austria while on Sunday he will visit, precisely, Denmark.

The clash on Sunday at 3:45 p.m. will serve as a prelude to what may happen in the World Cup between the Gauls and the Nordics. In Qatar they will be facing each other for the second date of Group D and, as both are candidates to advance to the round, this duel could define who is first and who is second… That is, who will face in the round of 16 the first of the group from Argentina and who to the second

amazing denmark has three wins in the Nations League (2-1 against France and Austria away, and 2-0 over Austria at home) and one loss (0-1 at home against Croatia) and will seek to close its passage to the semifinals this Thursday when go to Croatia and on Sunday, receiving Mbappé and company.

Tunisia and Australia (and Brazil)

Tunisia He came whistling softly to the sixth World Cup in his history after winning one of the African finals against Mali and betting on a risky change of DT in the previous one. Thus, in this window FIFA will be facing the Comoros Islands on Thursday and none other than Brazil, on Tuesday the 27th on the Paris court Saint Germain.

Finally, Australiawho only got his World Cup ticket in the middle of the year, did not invent anything unusual for the next friendlies: will play Thursday and Sunday against its neighbor New Zealand. It is worth remembering that, despite their proximity, both play different Qualifiers (Australia for Asia and New Zealand for Oceania).

YOU SORROWED SOMEONE’S CHILDREN, DISASTER Milica Veselinović did not spare Mimo Šarac, and here is what she said about Marko Osmakčić

6 signs that show you are happy, according to science

“We want to transform East Naples into a destination for attractive experiences. It will be the young people who will rediscover the periphery and its talents “