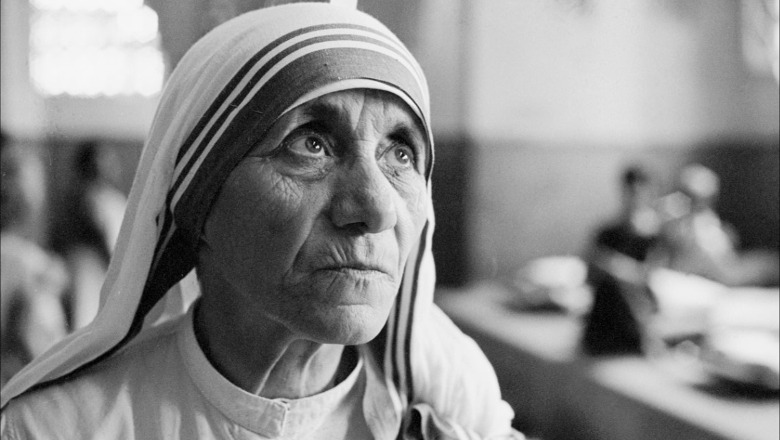 TIRANA– “By blood, I am Albanian. By nationality, I am Indian. By faith, I am a Catholic nun. According to my profession, I belong to the world. From my heart, I belong completely to the Heart of Jesus”. These are the words spoken by Mother Teresa, the extraordinary woman and saint of the poor of the whole world who never forgot her origins. Today, 6 years ago, on September 5, 2016, the great mother of the poor, winner of the Nobel Peace Prize, was declared a saint.

Pope Francis recognized her two miracles of healing the sick after her death in 1997. The nun was ‘beatified’ in October 2003 by Pope John Paul II. He approved the first miracle after her death. A 30-year-old woman in Calcutta said she was cured of a stomach tumor after Mother Teresa’s prayers. A Vatican committee said it could find no scientific explanation for her recovery and declared it a miracle.

Anjezë Gonxhe Bojaxhiu, who later changed her name to Mother Teresa, was born in 1910 to Albanian parents. She received her first lessons in a school in the city of Skopje and at the age of 18 she was consecrated as a nun. After specializing in Ireland she settled in India, where in 1950 she founded her own order of nuns called the Missionaries of Charity.

From this moment Mother Teresa would become the mother of all and dedicate her life entirely to the poor. She continued to selflessly preach her message of human dignity and respect for every human being born or not.

When she received the Nobel Peace Prize in 1979, she made this appeal: “The greatest destroyer of peace today is the call of an innocent child yet unborn. If a mother kills the child in her womb, then what is left for you and me?

Mother Teresa has her ancestral home in Tirana. A two-story house, surrounded by gardens, built next to the Catholic Church in the capital, for more than 17 years has been the seat of Mother Teresa’s mother, sister and brother.

The debut in the Champions League, UEFA presents the Women's Brotherhood (VIDEO)

Daniel Tognetti: “Mauricio Macri is going to try until the last moment to be a candidate for president”

Fight and injury?: the cross between Marcelo Gallardo and De La Cruz in River’s victory

Rapid economic development has no alternative. the minister presents the 2023 state budget project to the National Assembly

Alberto Fernández defended Cuba and Venezuela from the United States