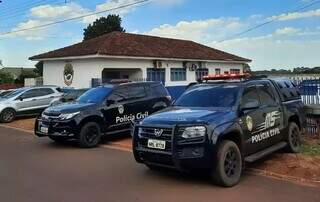 
Marciano Duarte Ireno, 53 years old, was found dead on the night of this Monday (20) on the MS-384 highway, in Antônio João, 319 km from Campo Grande. He was lying on the road, next to the motorcycle and a helmet.

According to the incident report, registered at 11:06 pm, the Civil Police was called by the Military Police to appear at the scene of the accident. The expertise still hasn’t identified what caused the man’s death or what made him fall with the motorcycle in the middle of the highway.

Marciano was identified as a resident of Aldeia Campestre. According to the Military Police, there are no witnesses to the accident and the case was registered as a traffic accident with a fatal victim caused by the victim himself, at the Antônio João police station.

Bruno Pereira denounced the crimes of gold miners in Javari in May, TV show

“Texas Production” received a privilege. An investment program of 995.3 million drams will be implemented