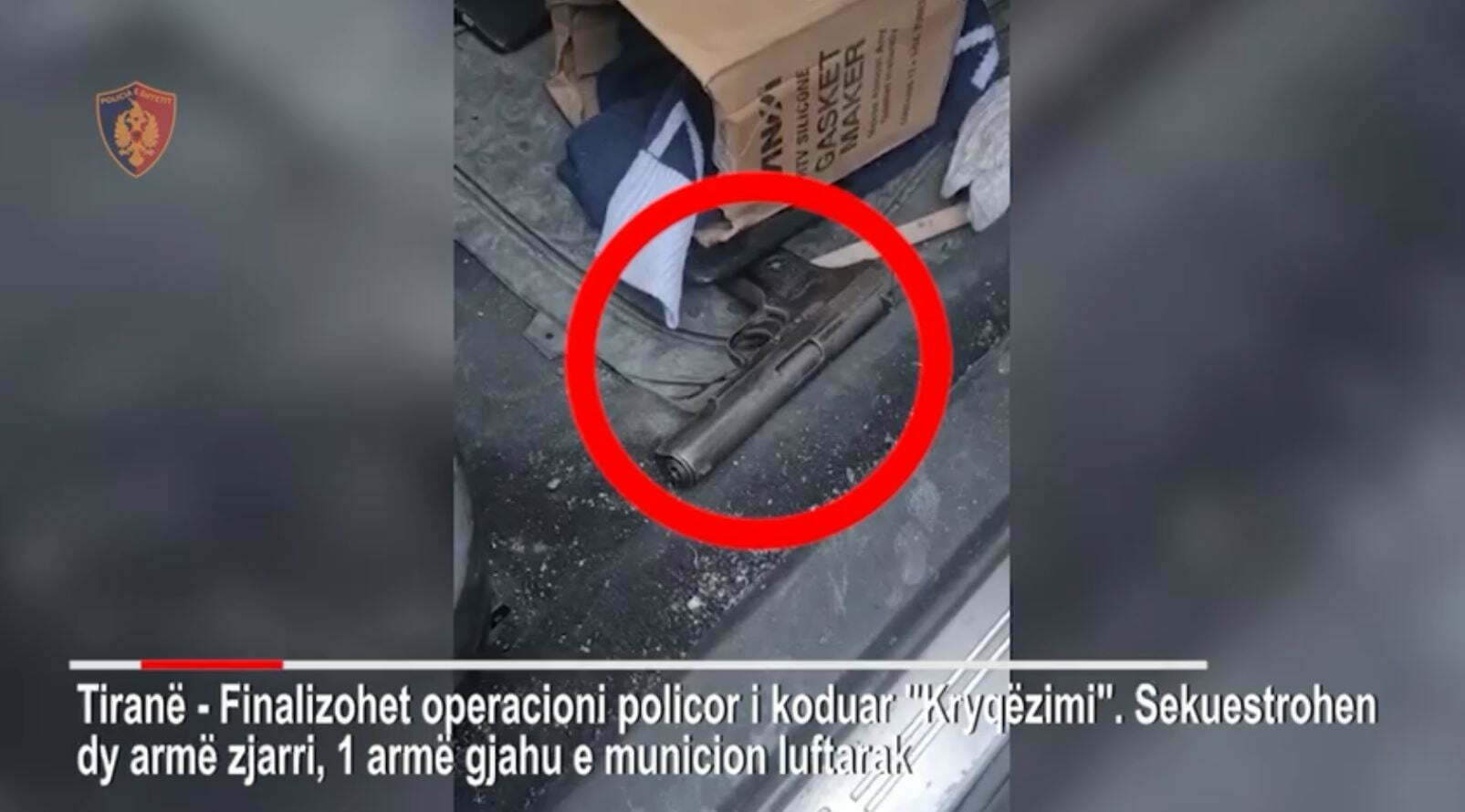 Specialists for the Investigation of Crimes in the Police Commissariat no. 6, following the work to prevent and crack down on criminal activity in the field of illegal possession of weapons, based on information received on the operational road, that a citizen was moving with a firearm in the vehicle, at the intersection in Glass Street, and carried firearms in the apartment, organized the work and finalized the police operation codenamed “Crossing”.

During the control in the vehicle that this citizen was driving, the Police services found a pistol firearm.

Following the control, in the apartment of this citizen, in “Thoma Koxhaj” street, a Kalashnikov firearm, a sport rifle and ammunition were found, which were seized as material evidence, together with the vehicle.

The procedural materials were forwarded to the Prosecution at the Court of First Instance in Tirana, for further action.

Raised and educated in Spain, Keidi BARE excited before the Bulls: We treat it as an official match, at Espanyol I am harassed

Russia has concentrated more than 20 battalion tactical groups near Izyum, may want to go to the rear of the JFO in the area of ​​Slavyansk – General Staff of the Armed Forces of Ukraine

How the pandemic changed digital life: The online world has become more dangerous for children