4-year-old daughter thrown from fourth floor to death; The mother, a dentist, was arrested 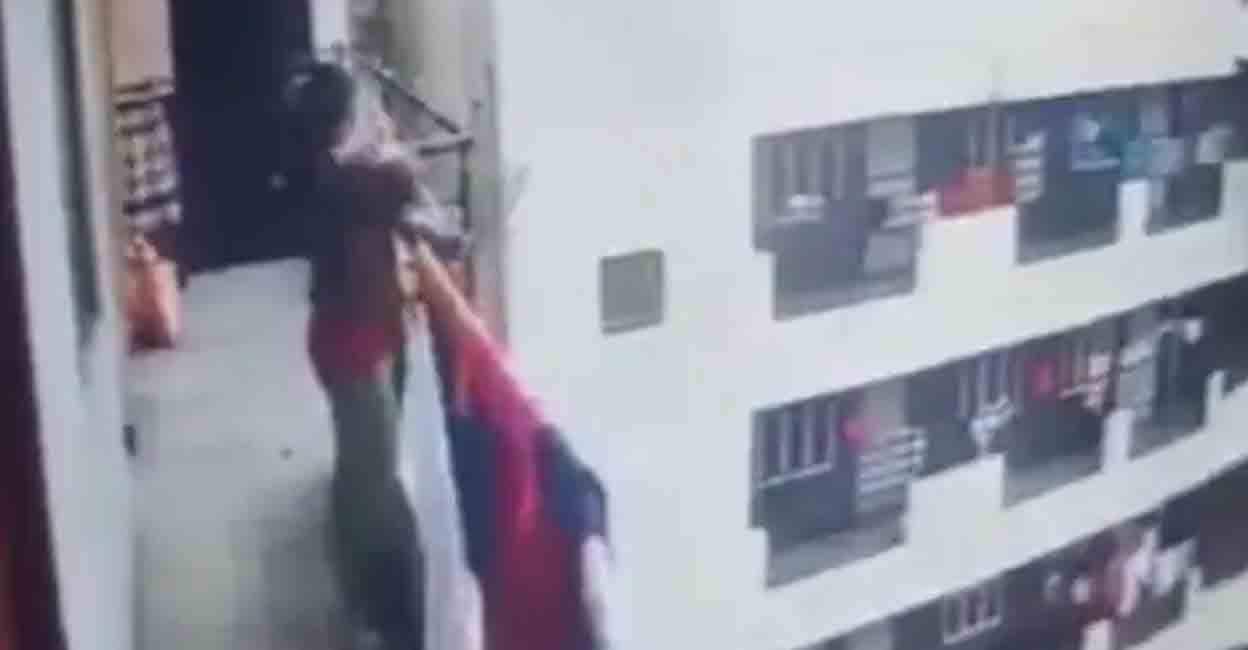 
Bengaluru – A mother who threw her four-year-old daughter down from the fourth floor of a building and killed her has been arrested. Sushma Bhardwaj, a dentist, was arrested. Police arrested Sushma on the complaint of her husband Kiran, who is a software engineer. The incident took place on Thursday in SR Nagar, Bengaluru. The CCTV footage of this has been released.

A woman was arrested in #Bengaluru for killing her four-year-old mentally challenged daughter by throwing her from the fourth floor of a building, police said. pic.twitter.com/S96GaVblxx

Kiran and his family live on the fourth floor of an apartment in CKC Garden. In the footage, Sushma is standing on the balcony with the child and is suddenly thrown down. The child died on the spot. After this, Sushma, who was climbing on the handrail of the balcony, was forcibly pulled down by her relatives.

The child, who is hard of hearing and speech, is also reported to have mental problems. Due to this, Sushma was deeply depressed and tried to take her own life by killing the child, the police said. They said that Sushma’s mental condition is also being investigated.

Luxury reinforcement? River’s plan for the round of 16 of the Copa Libertadores

WHO warns: The covid-19 pandemic is not over

Commander of “Azov”: It’s already the second day since the enemy broke into the territory of the plant. There are heavy bloody battles

“Are you afraid?”: a Kirchnerist senator crossed De Loredo for asking that Sergio Massa not be a candidate

Rating: this is how Andy Kusnetzoff did the cycle in his competition with El Trece