1992-2001: the events that marked the last decade of the twentieth century 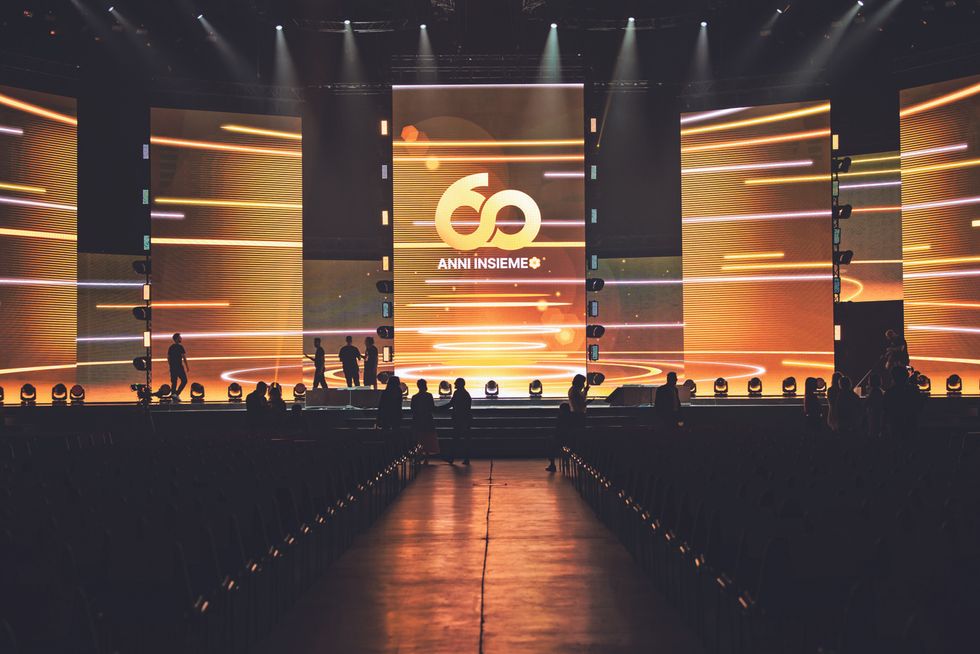 Reading the pages of Panorama from the last 6th years is a history lesson in a nutshell. Antonella Matarrese, colleague in charge of digging together with Luca Bulli in the archive of Panorama to find the best articles of our history, every now and then he enters my room with the gaze of the cat that has just caught the mouse. Instead of a rat Antonella holds an old edition of our weekly magazine in her hands with an exclusive report, of which no one remembered its existence anymore. Sometimes it is Martin Luther King’s will before he was murdered in Memphis, in the deep South of America. Other times an investigation into Islam, which in the mid-sixties already anticipated everything we would later see, namely the transformation of a faith into an integral concept of life. Or an interview with Giorgio Armani, who for Panorama he improvises himself as a catwalk model, wearing the garments he himself designed for our magazine. Yes, by dint of digging into the mine of over three thousand collector’s numbers, Matarrese brings me a gold nugget and a piece of history every time. From the secret reels recorded by Nikita Khrushchev, the man who succeeded Iosif Stalin in the leadership of the Soviet Union, to the conversation with Mikhail Gorbachev, the man who 35 years later will have the task of liquidating the USSR.

Yes, the collections of Panorama they are extraordinary and leafing through them year after year you see the events and the protagonists that have marked the world flow before your eyes. From Golda Meir, the Israeli premier who chased the terrorists who killed the athletes of Tel Aviv in Munich fifty years ago, to Fidel Castro, who for half a century represented the communist thorn in the side of the United States. From Padre Pio to the crisis of modesty (with a naked Jane Fonda on the cover). From the contraceptive pill to the cheerful billions of calcium. News and customs, politics and modern life: like no other newspaper Panorama it represented the evolution of the company, from the Italian to the international one. Leafing through the old editions of the past that Antonella offers me, I see anticipated judgments that will later prove to be spot on and far-sighted, such as the one contained 22 years ago in a report on Russia. Vladimir Putin appears much younger to you. A dull image that makes it seem insignificant, but the title explains everything to come: “Tsar Vladimir and the government of the world.” From the conflict in the former Yugoslavia to the first Arab emirate of Al Qaeda, we understand that too many times we have underestimated phenomena and often then we have been overwhelmed. Reading the pages we have collected is almost a history lesson in a nutshell. After all, this is the mission of a great newspaper like Panorama: explain the facts without chasing the news day by day, but providing a key to understanding what is happening.

A mission we continue to adhere to even sixty years after the first issue. Happy reading, then.

Conad has been thinking about people for 60 years

The National Retail Consortium turns 60, a history made up of relations with the communities of the various cities, of projects to achieve a relationship between quality and price that is unmatched on the market, but “above all of attention to sustainability and therefore to health and to the well-being of the customer ”, as the CEO says.

With a business project linked to the community, in 1962 some merchants founded Conad, to bring together under a single name a group of small retailers, eager to emancipate themselves from the power of wholesalers and the brand industry: thus it was born on May 13 of the same year the National Retail Consortium, known by the acronym of Conad.

The Margherita was added to the brand name in 1971, a simple and gentle symbol, highly recognizable from Trieste to Palermo, synonymous with the quality of the offer and convenience in shopping. 60 years have passed since that date and Conad has become the leading brand of Italian distribution which today can boast 3,839 points of sale, including concept stores and administration areas, reaching a market share of 15.07 per cent of the total in Italy and of 23.47 in the supermarket channel (source: GNLC, II semester 2021). “A result that highlights how the Conad System is an important point of reference for the 11.4 million families who choose our store every week to shop” underlines Francesco Pugliese, CEO of Conad.

Can you highlight the design peculiarities of this success?

Since 2013 Conad has adopted the slogan “People Beyond Things”, a meaningful phrase that represents our way of doing business. In 60 years of history we have registered significant growth, to the point of conquering market leadership in Italy thanks to our being a Movement and System, combining social commitment and economic growth, and realizing an ambitious vision: to be an organization of independent retail entrepreneurs who satisfies the expectations of customers in the best possible way and that it has a primary economic and social role in the communities in which it operates. The key word behind the growth is «together», seven letters that enclose the essential value of the daily work of the Consortium, of the cooperatives, of the more than 2,200 members and 72,000 collaborators.

How are Conad’s distribution channels organized?

Conad is the only reality of modern distribution with an offer that covers all distribution channels. A sign system that aims, from the proximity format to the hypermarket on a larger scale, to respond to the needs of the consumer, both in terms of the quality of the offer and in terms of convenience and assortment. This multi-channel system is built on a wide and diversified offer, capable of responding to the needs and requests of both traditional families and customers with new lifestyles and different spending habits. It is the same mission that Conad concepts set themselves. Petrol stations, since 2005, parapharmacies, since 2006, opticians, since 2010, pet stores, since 2015.

Strengthened by these 60 years, what are your plans and strategies for the future?

We are planning a three-year investment plan, up to 2024, of 2.08 billion euros for the development of four strategic pillars: that of the multichannel network we have just talked about; that of digitization with a platform for the management of e-commerce and for the development of a wide range of services for food, people, families and homes; the pillar of sustainability, which has always been inherent in Conad’s way of doing business, which is realized with the “Support the Future” project, whose strategy has been further amplified by the establishment of the Conad ETS Foundation, to put together sustainability initiatives social and environmental supported by Cooperatives and members in their reference territories, enhancing them and developing new ones with a national dimension; finally, we have the pillar of branded products. Protagonists of an exceptional performance in the last 10 years, with a turnover more than doubled: from 2.2 to 4.8 billion.

Since you have the ability to monitor the real country, how do you see the current situation?

We are entering a season that will be critical and paradoxical, in which tomato sauce will cost less than the bottle that contains it and the capsule that closes it. There are many and different supply chains in difficulty, many of which are the so-called energy-intensive industries, which at the moment it is not convenient to work. It is no coincidence that the layoffs increased by 45 percent in August. Distribution is also an energy-intensive industry, but it is a sector that cannot be allowed to close, and in Italy it is made up of thousands of small-cap SMEs who risk not surviving this stress. Immediate support is needed, because trade alone is worth two thirds of our GDP.

What would you suggest?

All increases cannot be passed on to consumers, it would cause new inflation, reducing sales volumes. A first shot in the arm could derive from a tax credit for at least 50 percent and generalized, together with the extension of the installment of bills. A measure that would cover the extra VAT revenue determined by the increase in consumer prices, to which is added the tax on extra-profits in the energy sector.

But what do you actually do to help your customers, the families who don’t make it to the end of the month?

Conad absorbs part of the increase in costs to support customers and give them the guarantee of a complete, convenient and safe shopping. It does so with «Bassi e Fissi», a concrete initiative that we have been carrying out since 2013, offering in the points of sale a basket of essential products for families at reduced prices with a quality that is second to none. In 2021 there are over 700 products in the basket, from around 140 product categories, which guaranteed savings for families. For us, the initiative represents a structural plan to support the purchasing power of families, which we renew in a period in which inflation is affecting the consumption of Italians.

What do you expect from the new government?

I believe that the time has come to give Italy a direction in terms of energy policies. For example, doing even more on renewables, on which we are already among the best, and working for the energy efficiency of the country, saving energy and at the same time finding new supply routes for gas. And separating its price from that of energy. In the country of renewables, this connection is in fact a contradiction.

Higuain retires in tears, goodbye to football at the end of the season. "I was privileged"

WHO investigates cases of severe acute hepatitis in children

Experts give the ‘alarm’: The new variant of COVID can infect you every month!

MOTHER LEFT ME BECAUSE OF A BOYFRIEND! Vicky’s painful confession about her parents and the refuge she found with her grandparents!

Elisa Carrió reiterated that “after the World Cup we collided” and it will be inevitable: Why?